‘Archbishop Sentamu is known for his dog collar…’

As well as being simple with a streak of wit, this dinner invitation has added significance as Archbishop Sentamu was the cleric who cut up his dog collar on live TV, promising not to wear one again until Mugabe left office. Initially, the charity was nervous about filling all the places in this first-of-its-type event but I was confident that if we did the right things well, people would come. In the end, the event was massively oversubscribed. It raised £20k+ in cash donations, played a major part in the gifting of two properties (valued at over £400k) and also generated further interest in project visits and meetings with senior members of staff. In short, it kickstarted a loyalty programme that was able to evolve organically. 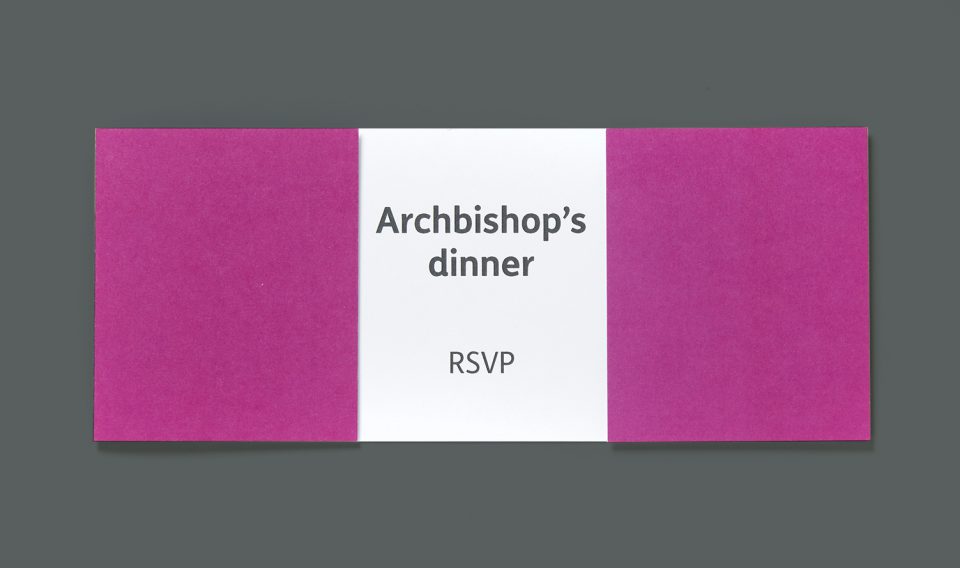